It was said to be Sydney Australia’s last CBD waterfront development. A derelict 22 hectare site in the former dockside suburb of Barangaroo.  The site was to transformed into a $6 billion blend of residential, commercial and recreational precincts.

Barangaroo Headland Park, a six hectare headland fronting Sydney Cove, will be open for public and community use, with unique tidal rock pools, lookouts, and walking and cycling tracks. Extensive retaining walls are being constructed at Barangaroo using Austral Masonry’s unique MaxumStone system, to help bring form and order to the landscape while maintaining an environment of 75,000 plants native to Sydney, Australia.

At each stage the MaxumStone retaining wall blocks, which have a hollow core, can be filled with aggregate to increase their weight and thus their retaining capacity. When the wall reaches its design height, it can be finished with top units (full or half height). 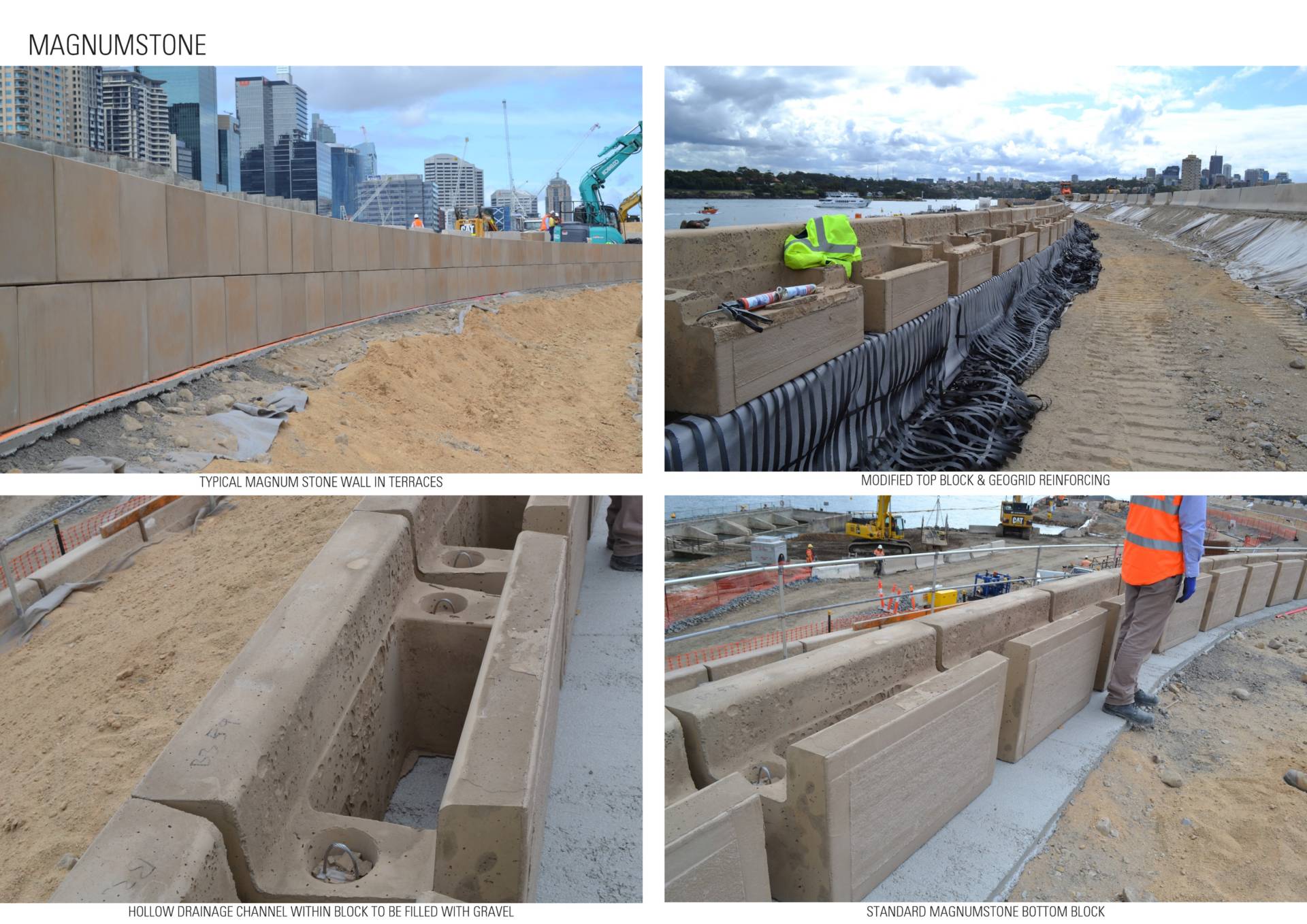 The Barangaroo MaxumStone retaining walls are two units high and comprise a base unit and a standard-height top unit. Each course is offset from the underlying course by half, identical to a stretcher bond in brickwork. The rear of the wall is drained by slotted pipe in a layer of free-draining aggregate wrapped in a geotextile material. All blocks are also filled with aggregate. Finally, the area behind the walling is back filled with selected subsoil material and capped with top soil. Constructing a MaxumStone retaining wall is a straightforward process, according to Daniel De Chellis, Regal Innovations foreman who led the onsite construction team. Although the blocks are heavy, his team members found them easy to lift and manoeuvre using an excavator boom. Two chains are attached to lifting points cast into the units which are then elevated about half a meter off the ground and transported into position. 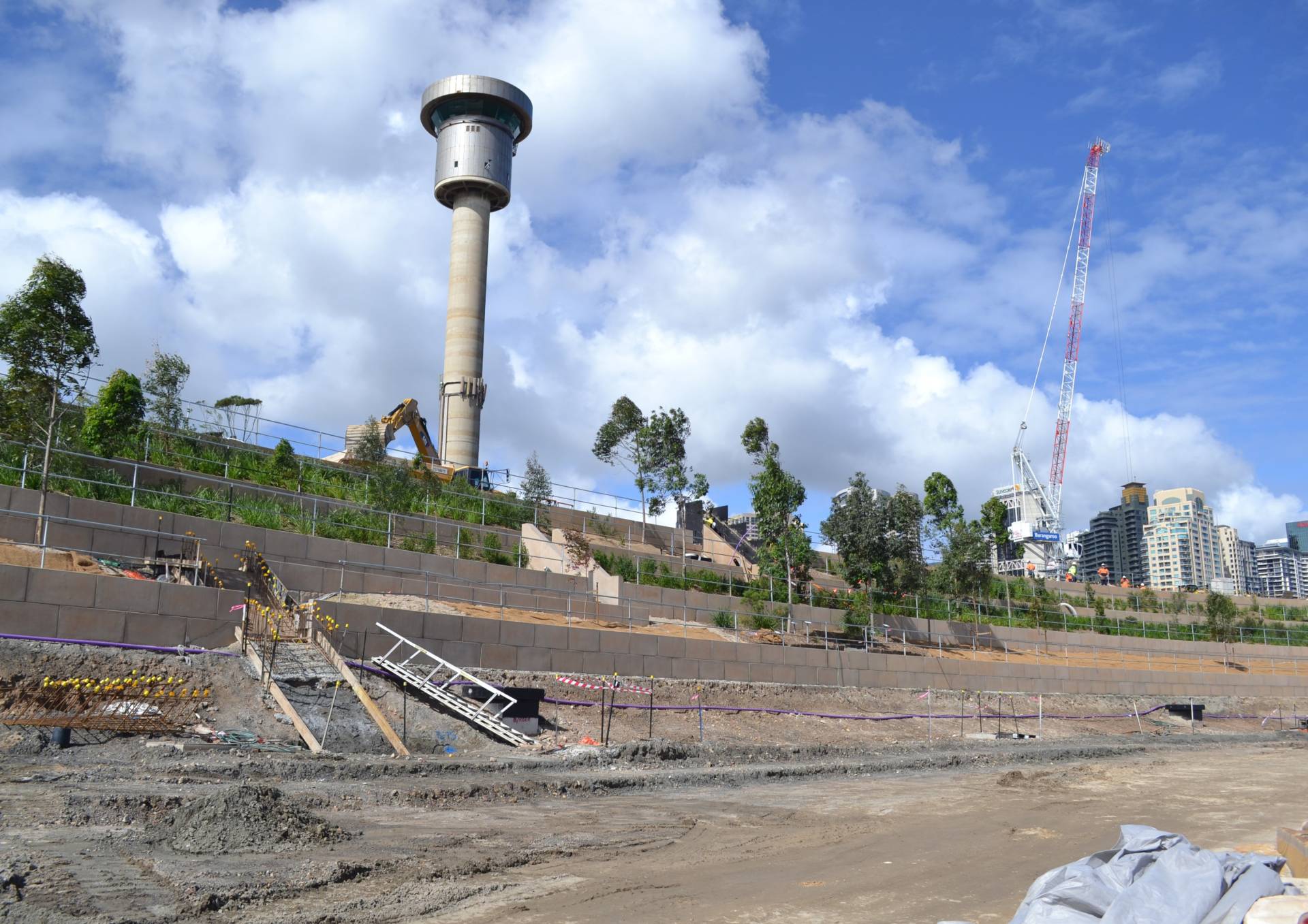 As shown in the Barangaroo project, standard units can be laid in gentle curves. Special units are available for tighter curves. But the greatest advantages are on site. Blocks can be unloaded two at a time. There is no mortar to mix, no formwork, no stream of concrete trucks coming onto the site. And it’s quick. Daniel De Chellis reports they are laying up to 130 blocks per day. That’s 97 square meter (1040 square feet) per day. Not bad for just two men and an excavator. Barangaroo Headland Park is scheduled for completion in 2015. While the flora settles into a new landscape design, the overall site will evolve over the following decade into what promises to be a dynamic and attractive harbourside precinct. 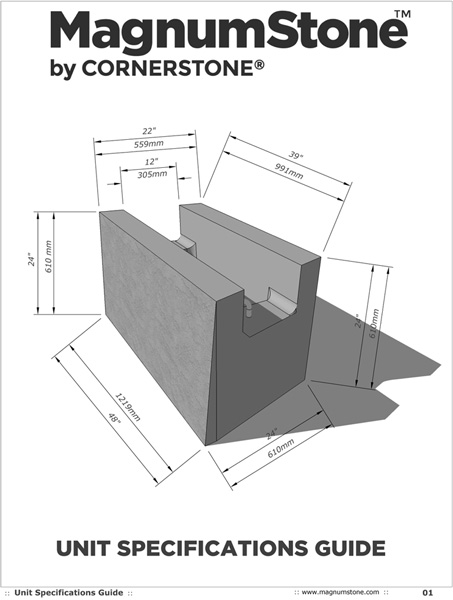 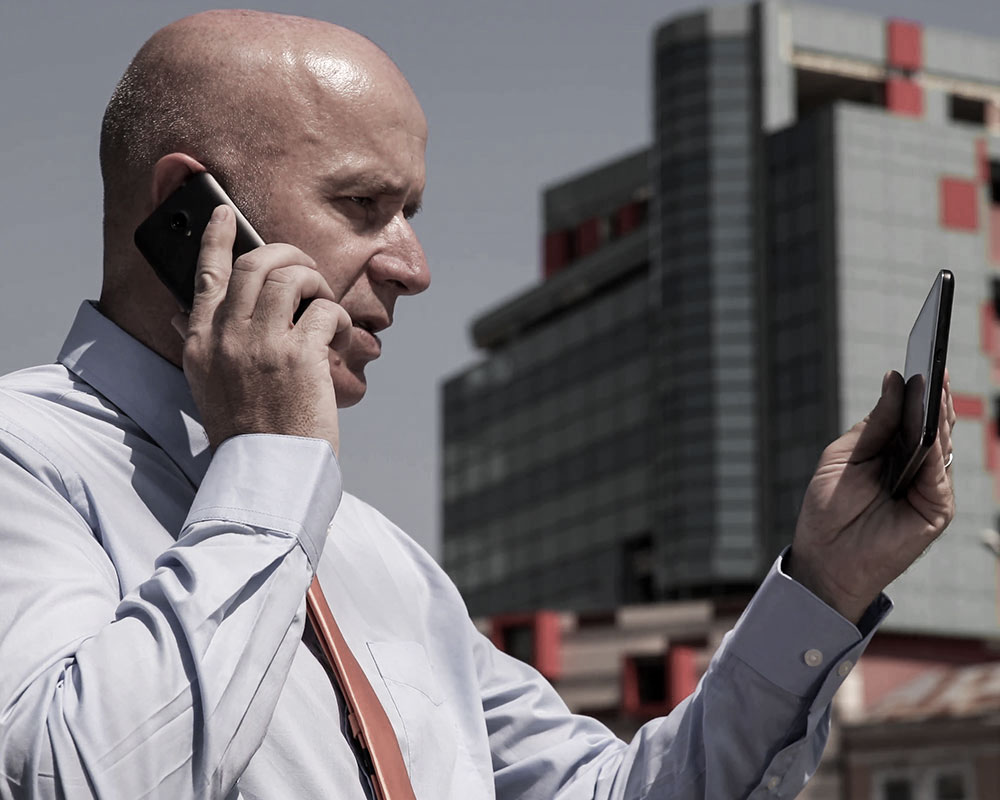